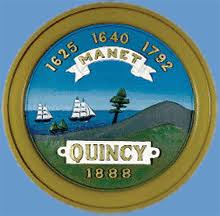 I have friends in Quincy. My parents, aunts and uncles, cousins, and grandparents all were born and bred in Quincy, so I guess you can say that I have roots in Quincy to a point. Oh, and on top of that, I work in Quincy. So at least bare minimum, I spend 40 hours outta my week sitting in a cube in a high-rise up on Crown Colony, right off Route 3. Since I was a kid, I’ve been blessed enough to see some of the beauty that Quincy has to offer (Adams House, Adams Shore during the summer, clam rolls down Wollaston, beers at S6 – ha). But since I’ve grown up, I’ve seen the shit that the city’s now overrun with.

Don’t get me wrong – Quincy as a historical landmark in itself is gorgeous. There’s a ridiculous amount of history and small companies in Quincy that have flourished due to the city’s recognition and imprint on how it’s grown and developed over the years. However, with any city, there are the undeniable shortcoming and fuckery that comes with it. Lately tho, the sheer volume of ridiculous shit going on is higher than I can remember. For instance, THIS or how about the stabbings/muggings at just about ANY of the T stations? Wollaston, Quincy Adams, and Q Center are just…not spots that you necessarily wanna be at after dark, but then again, this type of shit is happening in broad daylight.

Ahh yes, can’t forget about the amount of dope fiends/pillheads/Section 8 revelers/self-made hundredaires that call Quincy “home”(less). Take a cruise down Hancock thru the Square and marvel at the groups of shifty, filthy, trackmark-ridden fiends that coordinate themselves dead in the middle of the sidewalks, forcing people (including horrified mothers and children) to misstep off the sidewalk and onto busy Hancock Street. They spit on the street, cuss loudly, shake, shiver, nod, cough, and generally make any leisurely stroll past Fuji or the Stadium borderline frightening for most.

Go just a little deeper thru, past Wolly, past Adams Shore and you get to see what’s the equivalent of a 3rd world country, situated right in Quincy – Germantown. Now, my mother briefly lived in G-Town back in the early 60s, before the maniacs and socially outcasted moved in. Remember a few months ago when a 10-year old boy STABBED a pig (not police officer) to death in G-Town? If you read the Ledger, you do. First and foremost, who the fuck keeps Babe the Pig as a pet in the slum that is Germantown? Imagine a pig on a leash, cigarette hanging outta its mouth. Ridiculous, right? Maybe, but if it happens anywhere, that’s probably where.

Armed robberies, car jackings, car breaks, DUIs, A&Bs, coke, heroin, pills, HOOKERS (!!!), forced prostitution (unrelated), and people that never quite grew outta their Jr. High mindsets. Then again, Quincy also has Granite Links Golf Course, designed and owned by child rapist Bill O’Connell. The course itself is beautiful, as I can imagine the young girls he supplied with coke and money were as well. I won’t front tho – the bartenders at the booze shack at GL could make a strong drink, so props to them for that.

What else do I like about Q? Aside from the short commute to work, the abundance of bars and restaurants, and how nice it has the potential to look during the summer months, there isn’t too much. There are a ton of quality people from Quincy that I associate with to varying degrees, including some of my closest friends. But is it weird (or a sign of life) that none of them went to high school in Q? Although I heard that they have some of the best, most well educated and developed schools in the Northeast, I can say that a lotta people presumably faked it til they made it and didn’t gain any footholds in real life.

Oh, for the record – none of my family lives in Quincy anymore.